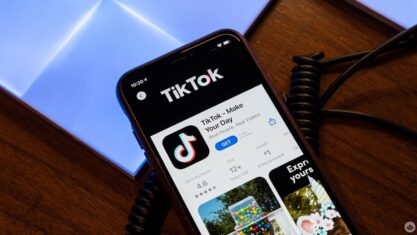 TikTok, the subsidiary of China-based Bytedance, is projected to bring in nearly $12 billion USD (about $15.5 billion CAD) this year. If the estimations from research firm EMarketer are correct, TikTok will become larger than Twitter and Snap combined thanks to ad revenue.

TikTok is still relatively new to the app space. The video creation and sharing app skyrocketed during COVID-19, becoming the number one most downloaded app in 2020. It also rose to gain well over one billion global users. From the looks of it, this upward momentum is continuing.

In 2021, TikTok brought in nearly $4 billion USD (about $5.16 billion CAD), much of it in part from ad revenue. In 2022, TikTok is projected to triple that and hit the $12 billion USD mark. With this in mind, TikTok is becoming an unexpected rival to Google and Meta, both of which are dominant forces in the ad space.

With that said, however, TikTok’s userbase still pales in comparison to Meta’s Facebook and Instagram. The former has roughly 2.9 billion active users while the latter falls a smidge short with 2 billion. However, given TikTok’s rapid growth, there’s no telling what sort of growth the next few years will bring the company.

TikTok’s ad strategy is proving to be quick and lucrative. The company finds itself in a position where it can charge as much as $2.6 million USD (about $3.36 million CAD) for a one-day run of a TopView advertisement. This is the ad or video that’s first shown when a user opens the app. That total is roughly four times what it charged in 2021.

TikTok’s business model is not only focusing on ad revenue but on added content. In May, the company announced its plans to expand into gaming. This new initiative sees the company providing games for users to play on its platform. Testing is already underway in Vietnam. If and when it expands, it will surely fold into user engagement and app adoption.

Source: The Globe and Mail