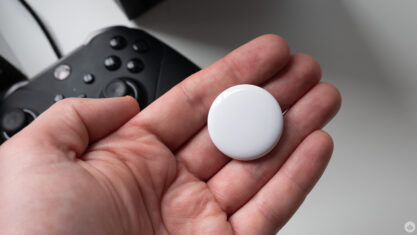 Apple might be working on a 2nd-gen AirTag, according to often-reliable KGI Securities analyst Ming-Chi Kuo.

Kuo says that AirTag shipments have grown “gradually” over the past year, which could result in Apple releasing a new version of the Bluetooth tracker.

AirTag, which has not received much attention, has gradually grown in shipments since its release. Shipment estimations of AirTag reach about 20 mn & 35 mn units in 2021 & 2022, respectively. If AirTag shipments continue to grow, I believe Apple will develop the 2nd generation.

Apple’s AirTag is designed to help users track their keys, backpacks, luggage and pretty much anything they’re attached to, which has also led to nefarious use cases. Since the tracking devices’ release, Apple has released several updates to the AirTag that aim to fix these issues, including notifying people if they’re carrying an AirTag that doesn’t belong to them. Apple also launched an Android app to identify lost AirTags.

It’s unclear what additional features a next-gen AirTag might offer, but the device’s anti-stalking features will likely be expanded alongside other functionality like a louder built-in speaker, better range and improved battery life.

For more on Apple’s AirTag, check out our in-depth look at the device.