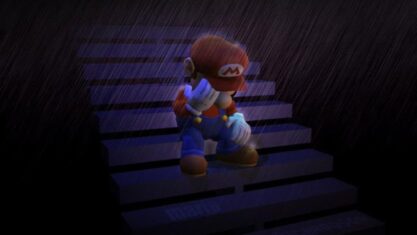 Nintendo has confirmed that the eShop for both the 3DS and Wii U will be shutting down on March 27th, 2023. Owners of the handheld and the console are able to continue making digital purchases until that day.

In the lead-up to Nintendo sunsetting its 3DS and Wii U eShop, the company will stop accepting eShop card funds on August 29th, 2022. This was previously stated by Nintendo when the company shut down the ability to use a credit card to add funds to a Nintendo eShop account.

Updates on the discontinuation of #eShop for Wii U and Nintendo 3DS family systems:

Players are still able to redeem download codes and can continue to do so until March 27th, 2023. Following that date, any previously purchased game or DLC can be redownloaded “for the foreseeable future,” Nintendo clarifies.

Nintendo’s online services on both platforms will not be affected, despite the closures. However, it’s worth noting that Fire Emblem Fates is the outlier. As of February 28th, 2023, the game is being delisted. Though, its DLC will remain on the eShop until the wider shut down in March.

In addition to affecting purchases and code redemptions, the closure of the eShop will see the ability to download demos vanish. A number of free themes from the Theme Shop are also set to disappear.

Upon Nintendo’s initial announcement regarding the closure, the company stated that they “have no plans to offer classic content in other ways”. Fans were quite upset as the closure of the eShop put a dent in game preservation. However, Nintendo quickly deleted that section in its FAQ section.

As of now, Nintendo’s only method of accessing classic games is via the rather limited Switch Online service. This subscription offers a selection of NES, SNES, and N64 games. Though, none are available for purchase. Therefore, a valid subscription is required to access each title. Nintendo hasn’t made any notion as to whether 3DS and Wii U games will ever be available on Switch. There are a few exceptions, including ports of Donkey Kong Country: Tropical Freeze, Captain Toad, and Super Mario 3D World (which now includes the Bowser’s Fury DLC).