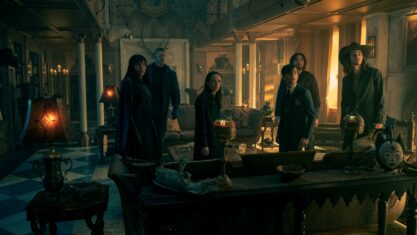 If you’ve ever wanted a more in-depth breakdown of how one of the many TV productions filmed in Canada contributes to the local economy, this might interest you.

In a new report, Oxford Economics unpacked the economic impact of the second season of Netflix’s The Umbrella Academy. The popular series is filmed in Ontario, including Toronto and Hamilton, and Canadian stars like Elliot Page, Colm Feore and T.J. McGibbon.

Overall, Oxford Economics found that more than $77.3 million CAD was spent on Season 2 of the series. Specifically, local wages and salaries accounted for the majority (59 percent) of production spend, with the remaining 41 percent ($31.9 million) going towards local goods and services.

In terms of jobs, this stimulated 1,120 jobs in Ontario, including 620 direct jobs for local artists and technicians, including set dressers, special effects experts, location managers and more. 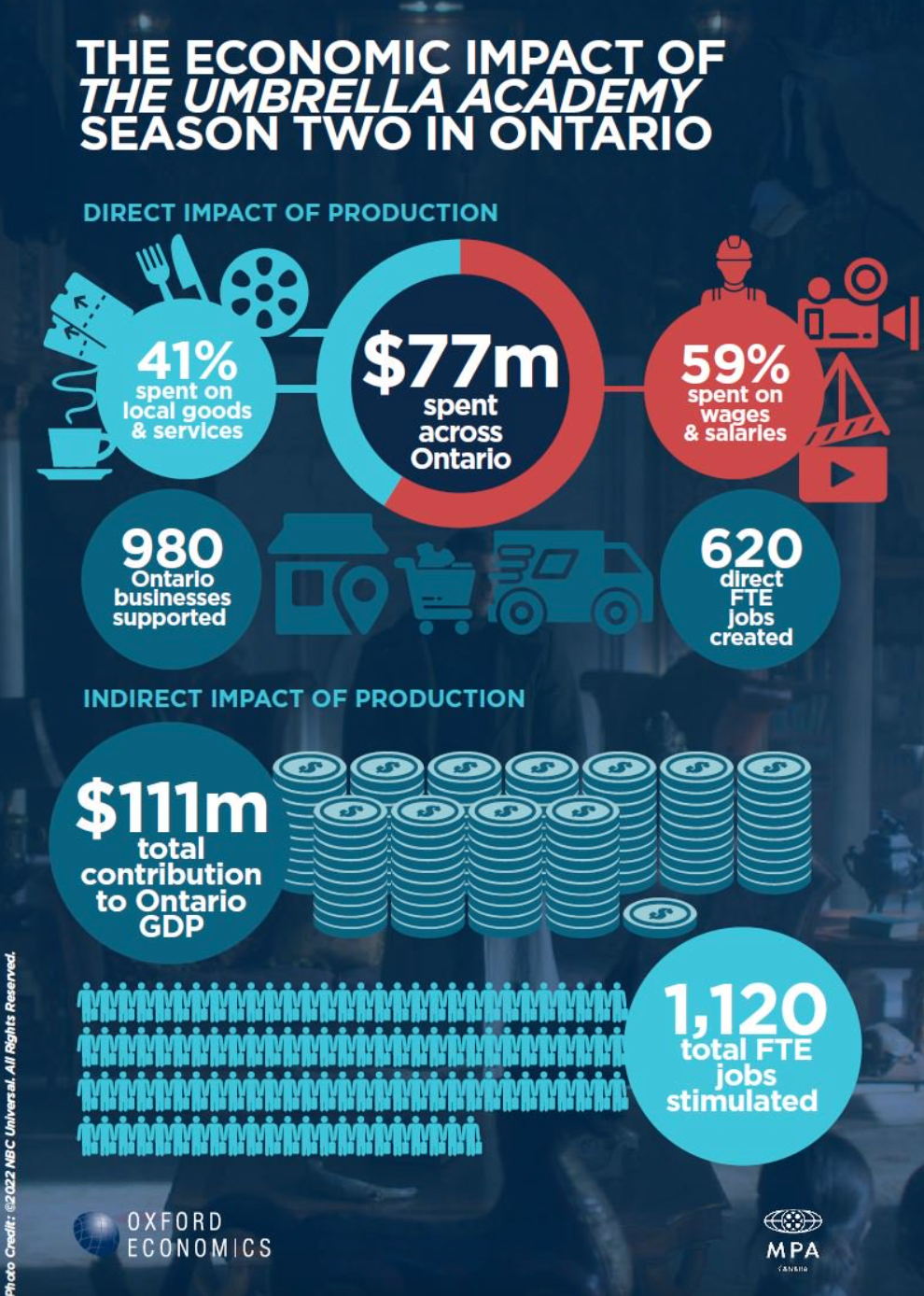 It’s worth mentioning that Season 2 of the series was filmed in 2019, prior to any sort of COVID-19 restrictions. The upcoming third season, however, was shot during 2021 amid COVID-19 hurdles, which surely proved to be a boon for struggling businesses.

On that note, the timing of the report coincides with the June 23rd premiere of The Umbrella Academy‘s third season.

The full 24-page report can be found here.