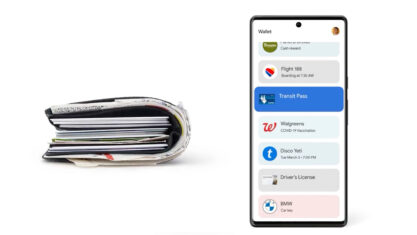 After starting the Google Wallet rollout earlier this week, it looks like Google’s revamped payments app is now available to all (assuming you live in one of the 39 supported countries, like Canada).

The update showed up for me last night, but some received the new Wallet app as far back as Monday. Google first announced Wallet at I/O 2022 — the new app replaces Google Pay in many countries (including Canada) while offering most of the same functionality. That is, Canadians can still use Wallet to stare payment cards (like credit and debit), gift cards, digital identification, vaccination status, and more.

Google Wallet is now available to download! Tap to pay everywhere Google Pay is accepted, board a flight, go to a movie and more, with your Android device. And with security and privacy controls, Google Wallet is safer than a physical wallet. https://t.co/AOsZuznBgC pic.twitter.com/FUAHlRhYHN

Moreover, Wallet includes a small visual refresh that brings the app’s design in line with Android 12 and Material You. Those already using Google Pay should see Wallet arrive via an update to the Pay update. If not, you can download Wallet from the Google Play Store here.

Beyond the name and design changes, most Canadians likely won’t notice any significant differences between Pay and Wallet. The app can still be used to pay for things at retailers that support Google Pay. You can still store various items in it. Some might even wonder why bother switching back to Wallet given that Google originally launched Wallet in 2011 and then combined Wallet with Android Pay to create Google Pay in 2018, only to turn around and go back to Wallet in 2022.

For the countries that will continue to have access to Google Pay (so far, the U.S., Singapore, and India), Pay will serve as a tool to handle peer-to-peer payments.