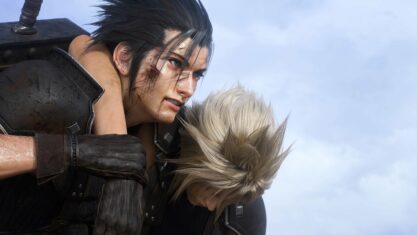 I’ll be honest: the recent reveal of the long-rumoured The Last of Us PS5 remake didn’t do much for me.

The original PS3 classic isn’t even 10 years old and still looks quite solid, on top of having already been re-released with updated visuals on the PS4, so it feels largely pointless to remake it. While it certainly looks better visually and should further benefit from the mechanical improvements being brought over from The Last of Us Part II, I’d ultimately just rather the time and resources be put into something new. After all, it’s telling the exact same story as the 2013 game, and we’re going to be getting, for the most part, another take on this narrative in the upcoming HBO show. Both the remake and the TV series are giving us the same Joel and Ellie story again — not even a different spin or new tale in the same world.

Indeed, the “necessity” of The Last of Us Part 1 has been a hot topic during this busy not-E3 month of gaming news. It’s also one that I find myself revisiting following Square Enix’s big 25th-anniversary stream for Final Fantasy VII. The two biggest announcements out of that show were a remaster of the fan-favourite Crisis Core: Final Fantasy VII and the highly anticipated sequel to the critically-acclaimed Final Fantasy VII Remake, Final Fantasy VII Rebirth.

Both are, effectively, remakes of previous Final Fantasy VII titles, and yet, the way Square Enix is approaching them is so much more exciting than The Last of Us Part 1. And I say this as a big fan of both properties; while Final Fantasy VII is my favourite game of all time, The Last of Us — and its brilliant, unfairly hated sequel — are also high on my list of all-time greats. I also understand the financial incentives to create remakes, especially in the age of massively budgeted — and potentially unsustainable — titles.

But the Final Fantasy VII Remake trilogy shows that you can have your cake and eat it, too. The Crisis Core Reunion is there to give fans and newcomers alike a chance to experience an improved version of a game that has been stranded on the PSP for years, which certainly justifies it getting the re-release treatment. It also provides players with an introduction (or re-introduction) to popular VII hero Zack, protagonist Cloud’s deceased best friend and Aerith’s former lover. But even if this remaster didn’t exist at all, Final Fantasy VII Remake would be more than enough.

When it was originally released on PS4 in April 2020, fans who played until the end were surprised to see the story — which had, until that point, been remarkably faithful to the original 1997 PlayStation game — make some pretty big story changes. In so doing, Square Enix revealed its true intention with the remake.

Essentially, Final Fantasy VII Remake, by adopting a multiple timeline structure, is both a metacommentary on the concept of remakes and a sequel of sorts to the original Final Fantasy VII. The long and short of it is that the original game’s version of Sephiroth, the series’ iconic villain, has entered a new timeline, in which Remake is set. On top of that, Zack is actually alive through a separate timeline, which has further implications for where the story may go. And if there was any doubt that there would indeed be major plot departures, the Rebirth trailer leaned heavily into this concept, teasing Zack’s expanded role while directly asking, “what is fact and what is fiction?” 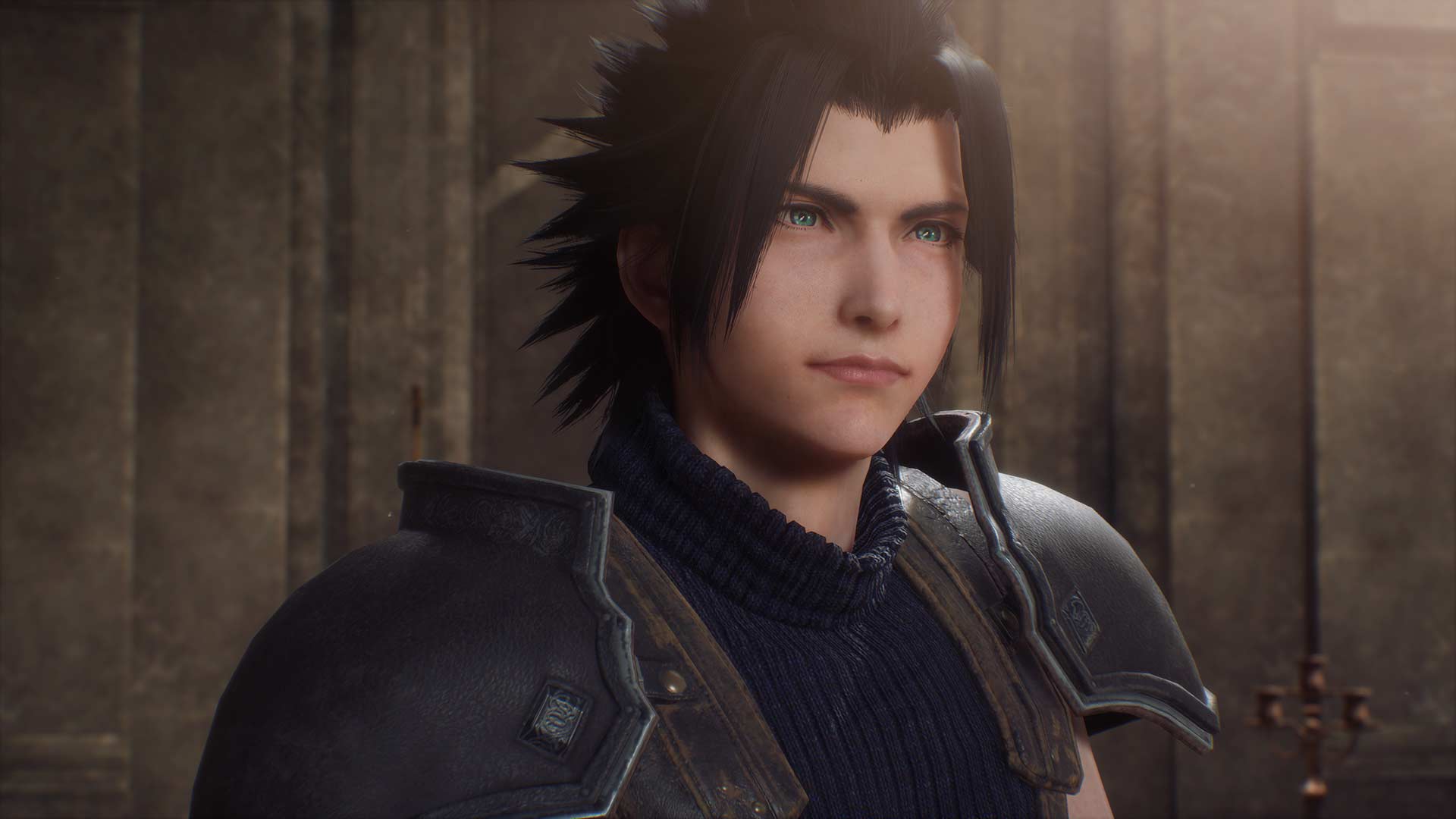 On the one hand, this is all somewhat misleading for a project that’s branded as a “remake,” and it becomes less approachable to newcomers as a result. It has also already alienated some fans, who are hesitant or downright opposed to the idea of making deviations to a beloved story. I, myself, have previously admitted that it’s been a bit clumsily handled and has the potential to devolve into Kingdom Hearts-levels of convolution.

But for me, it’s also absolutely exciting. The original Final Fantasy VII is available on pretty much every single modern platform if you want the pure, unchanged experience. Square Enix is also giving us another, more direct remake in the form of the Ever Crisis mobile game. With all of that out there, why do we need the same Final Fantasy VII experience again? We’ve seen Cloud and friends go on a journey across Gaia to stop the evil megacorporation Shinra and its former soldier-turned-madman, Sephiroth. While we’ll certainly get similar beats in Rebirth and its untitled sequel, the idea of not fully knowing what to expect is tantalizing.

Because it could have, rather easily, been the exact same thing we’ve seen before. We’re in an age where nostalgia is so often manipulated for a quick buck; cheap fanservice is prioritized over telling any semblance of a decent story. It’s how we get things like J.J. Abrams’ The Rise of Skywalker, an utterly abysmal and creatively bankrupt husk of a film. Considering all of that, I find it quite admirable that a developer like Square Enix is willing to take something so beloved and be bold with it.

And, to be clear, this isn’t “messing” with someone else’s creation; many of the key figures of the original Final Fantasy VII are spearheading the Remake trilogy. Outside of Final Fantasy creator Hironobu Sakaguchi, who co-wrote and produced the original VII but is no longer with Square, Remake involes producer Yoshinori Kitase (original VII director), creative director Tetsuya Nomura (original VII co-writer and character designer) and scenario writer Kazushige Nojima (original VII co-writer). The notion of these talented people working with both old and new blood to reimagine their own iconic work is extremely compelling.

After all, decades have passed and the developers are older. They may have more they wish to say. And with age comes wisdom and new life experiences, which can inform how the Remake team approaches this classic tale. I think back to Sony Santa Monica, the studio behind the God of War series. Director Cory Barlog has been candid about how much he’s grown since his work on the original games, particularly through marriage and having a son. That helped shape the mature, emotional and much-adored 2018 God of War reboot, which also has a highly anticipated sequel coming later this year. That’s to say nothing of directors Hideki Kamiya and Shinji Mikami, who have given Capcom their blessings to expand and evolve their original visions in remakes of Resident Evil 2 and 4, respectively. (The former is one of the most well-reviewed horror games in years). Hell, even The Last of Us co-creator Neil Druckmann was inspired to take a risk on The Last of Us in the first place — a marked departure from Naughty Dog’s previous lighthearted works — in part due to his own experiences with fatherhood.

And so far, we’ve already seen Square Enix accomplish all of this, as Final Fantasy VII Remake took considerable care to improve upon the shortcomings of the original game. In place of the spotty English translation came an exceptionally strong script. Gone was the homophobia of the Cloud cross-dressing quest; instead, there was an earnest push for inclusive messaging. Characters who barely had any lines in the original have become fan-favourites with fully fleshed-out backstories and personalities. All of that, plus a general reverence for maintaining the spirit of the original — themes of spiritualism, environmentalism, class and all — ensured that Remake was a genuinely fantastic game. 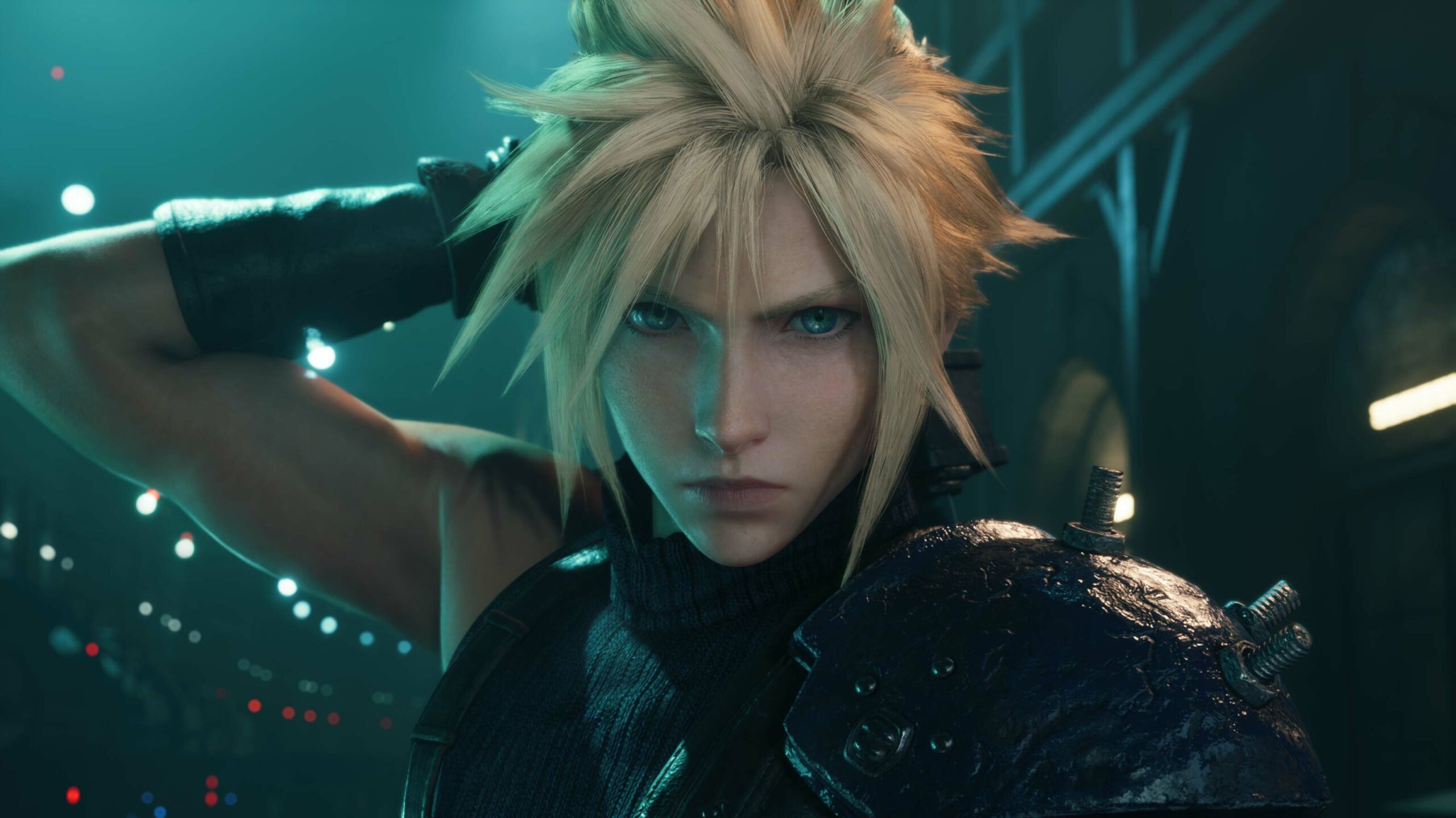 Square Enix did so much right with Final Fantasy VII Remake that it’s earned the benefit of the doubt with some of the game’s more outlandish twists. (Image credit: Square Enix)

It’s for these reasons that I have a great deal of faith that Rebirth and its sequel will deliver. Of course, there are many ways in which it could fall short. The inclusion of parallel timelines and once-dead characters could get extremely messy or even be bungled entirely. The deviations could further upset fans, including, even, more optimistic ones like me. And many of the Final Fantasy VII prequels, sequels and spin-offs are, admittedly, mediocre or shoddy, with Crisis Core, itself somewhat flawed, being the shining exception. In other words, fan apprehension isn’t unwarranted.

But ultimately, I can’t help but be elated over the prospect of Remake and its sequels. I’ve often likened it to reuniting with old friends and going on brand-new adventures with them; the fond memories of VII will always remain, but you also have fresh ones to look forward to creating. These will include Zack, one of my favourite characters in gaming, and the yet-to-be-seen significance of his return — both to us, the fans, and characters like Cloud and Aerith. I don’t believe the creators would bring him back without having a meaningful role for him, especially all these years later, and I’m eager to discover what that means. And even if you’re not vibing with the general direction of the Remake saga (which, to be clear, is totally fair!), Square Enix should be commended, at the very least, for taking a risk.

Sure, a prettier repeat outing with Joel and Ellie could be fun, but the promise of new stories with other old friends? Now that’s exhilarating.