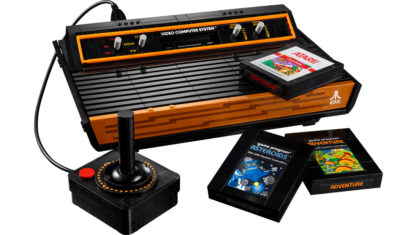 Lego loves to play off of people’s nostalgia to build up the hype surrounding its products, though in most cases, the sets that fall into this category are undeniably cool.

Its latest video game console recreation is the shockingly detailed Atari 2600 model that even includes the system’s iconic woodgrain finish and a collection of classic cartridges like Asteroids, Adventure and Centipede.

Though this set doesn’t include a TV like the excellent Nintendo Entertainment System (NES) Lego set released back in 2020, it does feature a 70s-era basement that pops out of the console’s cartridge slot. There’s also a faux wood shelf and three buildable vignettes based on its included brick-built game cartridges (the Centipede is rather terrifying).

The Atari 2600 was released back in September 1977 and received several redesigns over its lengthy lifecycle.