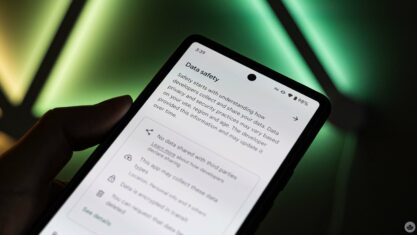 Google churned up some ire last week when it rolled out a new ‘Data Safety’ section that replaced the permissions list on the Play Store. The change meant users could no longer check the permissions an app needed before installing it.

In a tweet from the Android Developers account, Google acknowledged the “feedback” it received and “decided to reinstate .”

Going forward, permissions and Data Safety will live side-by-side on the Play Store in a best-of-both-worlds solution. The Data Safety section was intended as an evolution of the old permissions list, offering expanded information about why developers need certain data.

For example, the old permissions list would simply say whether an app would request a permission — for example, location access — but not why. Data Safety, on the other hand, requires developers to add explanations for the data shared and collected by an app, and the purpose of sharing or collecting that data. Moreover, the section can include information about whether the app encrypts data, and if users have the ability to request that developers delete said data.

Both sections feature helpful information. Although some information overlaps, neither section is a replacement for the other. Maintaining both is ideal. Now Google just needs to figure out a way to enforce adding correct, useful information to the Data Safety section.

Currently, that falls on developers to do — many either haven’t added information or added barebones details with basic explanations like “data is collected for app functionality.” Unfortunately, that’s not particularly helpful for anyone involved.

Google says the permissions section will return to the Play Store “shortly.”