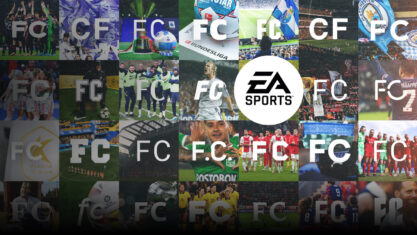 EA’s FIFA is undoubtedly one of the most successful video game franchise globally.

EA has been releasing FIFA football video games and spin-off editions since 1993, but the publisher and developer confirmed today that the upcoming FIFA 23 will be the last title licensed by FIFA.

The move, however, doesn’t come off as a surprise. In its blog post titled “Comments on the Future of Football” back in October 2021, EA said that it is “exploring the idea of renaming our (its) global EA SPORTS football games.” “We’re reviewing our naming rights agreement with FIFA, which is separate from all our other official partnerships and licenses across the football world,” said Cam Weber, EA Sports group general manager at the time.

According to EA, its upcoming Football (soccer) titles would be called EA Sports FC, and it would feature all the same mechanics, modes, leagues tournaments and athletes as the current FIFA titles. The upcoming 2023 instalment of the title will retain the FIFA tag, whereas the subsequent 2024 installment will be called EA Sports FC, with or without the ‘2024.’ EA’s FIFA titles are developed by its Vancouver, Canada studio, and from the wording of EA’s blog post, it seems as that the upcoming EA Sports FC would retain the studio.

“We are committed to ensuring the next FIFA is our best ever, with more features, game modes, World Cup content, clubs, leagues, competitions, and players than any FIFA title before,” says EA’s blog post.

EA says that it will provide more information about EA Sports FC in the Summer of 2023.

On the other hand, FIFA hasn’t been so pleasant about its divorce from EA. According to reports, the international governing body of football is looking for investors, developers and publishers to develop its next game, which would directly compete with EA Sports FC.

FIFA president Gianni Infantino also went on record in a self-centred statement that you can read in the embedded Tweet below:

I can’t believe this is a real quote pic.twitter.com/whSMTA1hhA

The post FIFA 23 will be EA’s last FIFA-licensed title appeared first on CableFreeTV.