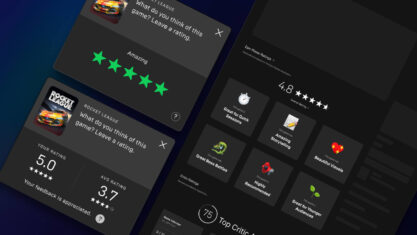 Review bombing is ehrn a swarm of negative reviews (legit or not) are dropped on a product, game, movie or anything else. Now, Epic Games is introducing a way for it to combat review bombing on its online game store.

The Cary, North Carolina-based company, says it’s adding “Ratings and Polls” to its online store that will “allow players to provide direct feedback to the Epic Games Store community for the games they’re playing.”

Instead of allowing anyone to leave a review about a game they own, Epic Games will ask random gamers who have played specific titles lfor more than two hours to rate it on a five-star scale. These scores will then be averaged together to form the “Overall Rating” for each game. “Because these requests are randomized, we won’t spam our players, and we probably won’t ask about every game or app used. This approach protects games from review bombing and ensures people assigning scores are actual players of the games,” says Epic.

In addition to ratings, players may also be asked to answer a poll related to their most recent play session. According to Epic, these polls can cover a wide range of topics regarding the game. “Players might be asked to respond “Yes” or “No” to “Is this game good to play with a group?” Players could also be presented with a multiple choice poll asking “How challenging are the bosses in this game?” said Epic.

The screenshot below shows how these polls would look: 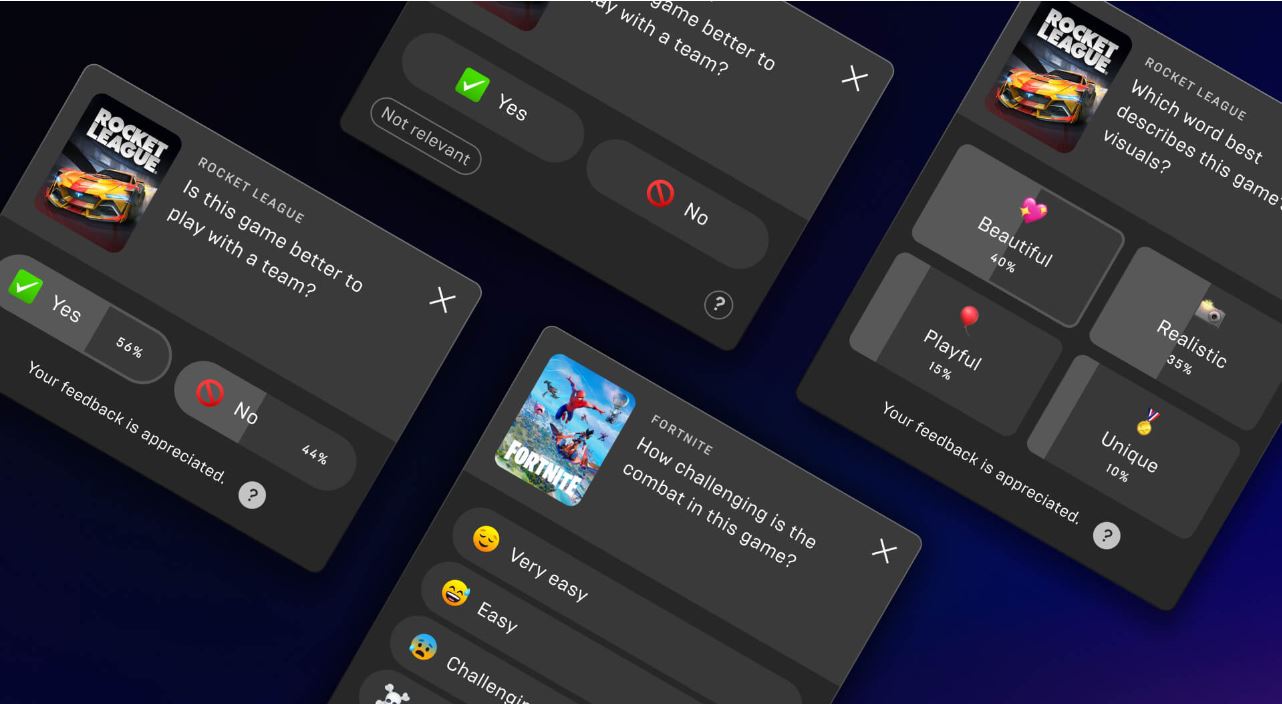 After a sufficient number of players have answered the polls, their responses will be used to generate tags for the respective game pages, which can then be used as filters by other players. “Over time, these tags will also populate our Category pages, and will be used to generate custom tag-based categories driven by our players that will appear on the Epic Games Store home page,” said Epic.

Learn more about the update to the online game store here.