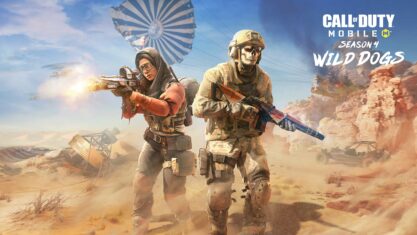 Activision Blizzard has announced that its Call of Duty Mobile game has surpassed 650 million downloads around the world.

The free-to-play first-person shooter first launched in November 2019 and reached 500 million downloads in May 2021. Contributing to the 150 million additional downloads since was the game’s launch in China last year.

On top of that, Activision Blizzard said Call of Duty Mobile brought in “well above” $1 billion USD (about $1.3 billion CAD), making 2021 a record year for the game.

Beyond Call of Duty Mobile, Activision Blizzard is developing a mobile version of Call of Duty: Warzone, which Quebec City-based Beenox is working on. The company also recently unveiled Warcraft Arclight Rumble, a mobile spin on its popular World of Warcraft game.

Outside of these upcoming releases, the publisher is facing a lawsuit from New York officials over its planned sale to Microsoft. The plaintiffs argue that Activision Blizzard CEO Bobby Kotick was “unfit” to negotiate this deal amid widespread allegations of a “frat boy” culture at the company. Kotick himself has been accused of actively trying to cover up some of these incidents, including by threatening to kill an assistant.

As it stands, the Microsoft takeover is undergoing regulatory approval in multiple countries, including the U.S. and China. Activision Blizzard shareholders have voted to approve the deal, but Wall Street has expressed skepticism that it will go through.