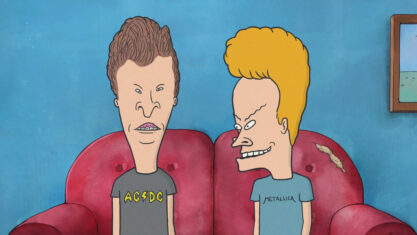 Beavis and Butt-Head are making their way back to the small screen. As part of a Paramount Plus revival, the titular characters are here to mock modern-day content creators on TikTok and YouTube.

While making fart jokes and laughing at the misfortune of others, the duo would regularly react to MTV music videos. Converting to the modern age, Beavis and Butt-Head will now react to TikTok videos and YouTube clips.

Paramount has released an eight-minute-long look at the new series. In it, Beavis and Butt-Head react to a TikTok in which someone reaches the audience on how to make tattoo ink in prison. The two mock the creator’s accent, calling it a “prison accent,” and state that he looks like someone who should be in jail.

If you’re itching to see the return of The Great Cornholio, you don’t have to wait long. Mike Judge’s Beavis and Butt-Head debuts on August 4th on Paramount Plus. The streaming service is available in Canada for $5.99 a month.