Bank of Montreal launches its own Twitch channel 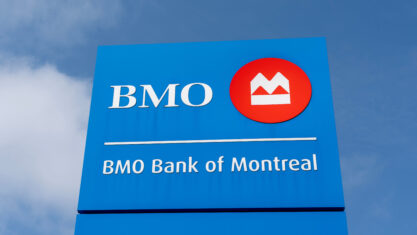 I never thought I’d write this, but BMO (Bank of Montreal) Financial Group now has a Twitch channel.

The channel, called ‘BMO NXT LVL’ will combine, will reportedly combine “gaming culture and personal finances” and provide a friendly space where people can connect with their bank. “Driven by a commitment to authenticity, BMO NXT LVL will help gamers level up in-game and in life by connecting and engaging with them in the digital spaces where they are,” reads BMO’s press release about the surprising move.

Alongside the Twitch channel, BMO has also created a new Gaming Relations Specialist (GRS) role, which has been occupied by Sean Frame (@BMO_GRS).

Want to take your gaming and finances to the next level? Of course you do! Join me, BMO's Gaming Relations Specialist for the first stream of an all new Twitch channel at https://t.co/vDtFUkIy6J pic.twitter.com/Zru5GFyFia

“BMO is thrilled to welcome Sean into his new role as our first ever Gaming Relations Specialist,” said Maja Neable, BMO CMO, personal and business banking & chief data & analytics officer, marketing. “As a longtime BMO employee, Sean’s passion and knowledge for banking and gaming alike will be the perfect combination to drive deep engagement and meaningful conversations with gamers and influencers in this exciting space.”

According to the news release, Frame will host the channel, where he will bring on influential guests and have discussions about gaming and personal finances. While the channel stands blank as of today, BMO NXT LVL’s next stream is scheduled for May 13th at 7pm ET/4pm PT. The upcoming stream’s banner is titled “Chatting going pro with Wardell.” Wardell here seems to be a reference to Canadian-born, former team TSM pro Matthew “Wardell” Yu.

The stream, which will take place as weekly episodes, will focus on topics like monetizing gaming, investing, home-ownership, and will feature social media contests and game-playing across Twitter, Tik Tok and Twitch.

For more information about the Twitch channel, and to catch the upcoming streams, you can follow @BMO_GRS on Twitter and BMO NXT LVL on Twitch.

The post Bank of Montreal launches its own Twitch channel appeared first on CableFreeTV.