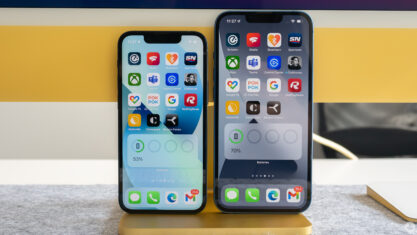 Apple’s upcoming flagship iPhone 14 series is reportedly facing supply issues as the company prepares for its release. Suppliers are experiencing shortages in regards to components. However, TF International Securities’ Apple analyst Ming-Chi Kuo believes this should have a limited impact on the mass production of the devices.

I have learned that recently some iPhone 14 panel and memory suppliers have experienced supply issues,” Kuo says in a tweet. While on the surface, this could be cause for concern given that Apple historically reveals and launches a new iPhone around September each year. However, Kuo continues to explain that other suppliers can help fill the gap.

(1/3)
I have learned that recently some iPhone 14 panel and memory suppliers have experienced supply issues, but it should have a limited impact on the coming mass production of the iPhone 14 because other suppliers can fill the supply gap.

As Kuo notes, Samsung is “almost the sole supplier for 3Q22 and can meet iPhone 14 Pro production ramp-up demand.” Kuo expects Micron & SK Hynix to begin shipping in Q4 2022 at the earliest. Micron’s certification schedule is said to have started later. Hynix, on the other hand, encountered quality issues.

As far as panel suppliers go, Kuo predicts that Samsung and BOE will fill the gap caused by LG Display. The panel supplier ran into appearance issues in regards to the base iPhone 14 and Max models. However, Kuo says LG Display “should not take much time to address the issue.”

This isn’t the first time we’ve heard the iPhone 14 is facing supply issues. In May, it was reported that some of the iPhone 14 series devices could be delayed due to COVID-19 lockdowns in China. Additionally, the ongoing war in Ukraine could also pose hurdles for Apple’s supply chain.

Apple hasn’t shied away from juggling the releases of certain iPhone models. For instance, in 2018, Apple launched the iPhone XR ahead of its more premium iPhone XS and iPhone XS Max. Perhaps the iPhone 14’s lineup could face a similar rollout given the production conditions.

As previously noted, Apple’s likely to launch the iPhone 14 this fall. Though, we’ll have to await official confirmation from the company at its keynote later this year.

On the Lugansk beachhead, the enemy’s equipment is on fire and breaking down