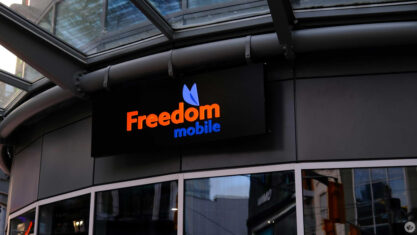 Three weeks after Rogers presented Xplornet as the apparent acquirer of Freedom Mobile to the federal government, the company has provided no indication the wireless asset owned by Shaw is close to being sold off.

The Globe and Mail broke the news in April and recently followed up with a report stating Québecor was also in talks with Rogers to acquire Freedom Mobile. This clarifies that no deal is set in stone, and a third bidder, Globalive wants to re-enter the action.

The group’s chairman, Anthony Lacavera, says his $3.75 billion offer is still on the table.

Lacavera started Freedom Mobile in 2009. It was called Wind Mobile, but Shaw rebranded it after buying the company.

Rogers says it’s selling off Shaw’s wireless assets to deal with competition concerns brought on by Canada’s Competition Bureau. But the federal body is opposing the merger, having filed applications to block the deal on May 9th.

As the Financial Post points out, it’s unclear if Freedom Mobile’s sale to Lacavera would resolve the concerns of the Competition Bureau.